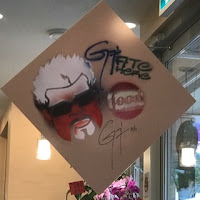 I’ve wanted to try this resto for a while because it was featured at drives, diners and dives but it required a bus or a train ride to get there so my lazy self scratched it off my list. Last month however my cousin told me that they opened a new branch along Kingsway and since that was in the hood, I went ahead and sampled the goods..

Fieri’s order in his show was the beef roll, noodles and dumplings but of course I didn’t try them all in one sitting, the menu had many tempting dishes so I had a hard time choosing. I ended up ordering the stir fried hand pulled noodles, general tsao’s chicken and the xiao long bao – no I wasn’t hungry at that time, I’m just really a bottomless pit haha or I was hungry for something else that couldn’t be filled.. 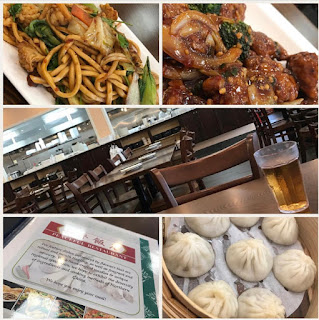 Anyway, on to the food.. I’m not much of a noodle person but after tasting and making fresh made pasta at home, I’m impressed when dishes served at restos are made fresh so I like the hand pulled noodle dish.. I want to try making one from scratch too!

I was expecting the general tsao chicken to be crunchy and then coated with sauce but this dish ended up swimming with sauce and that somehow made the chicken a bit soggy.. I’d like to recreate this with my baked chicken wings next time

The xlb always amazes me, I mean soup in a dimsum? first time I tried it I think I burned my tongue and spilled soup all over the place haha this time I was careful not to do the same mistake.. I like the vinegar.. but I prefer a stronger black vinegar.. this dish was ok but I’ve had better.. 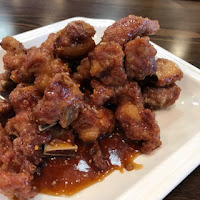 I pass by this part of town when I need to pick up a package from Canada post so my second visit was in order when I received another claim stub in my mailbox. This time I ordered the pork and shrimp dumplings because that’s one of the specialities, I still haven’t worked myself up to order the beef roll, maybe on my third visit.. I also got the honey glazed spareribs because I’m a sucker for spareribs haha

Honey glazed spareribs came in first and I wasn’t disappointed but it didn’t taste spectacular and at almost 15$ it’s double the prices of other restos serving the same dish.. 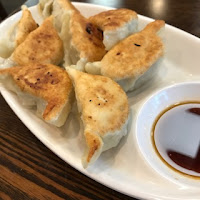 Pork and shrimp dumplings took a while to come and when it finally did I was a bit scratch a lot disappointed, the filling wasn’t tasty and the wrapper was too thick.. I pushed myself to finish one piece and had the rest to go.. definitely not a dish to hype about..

Would I go back a third time? Maybe, just to finally try that beef roll and put it to peaceful rest 😉

Overall, it’s a place to go to for hand pulled noodles but the other dishes were underwhelming.