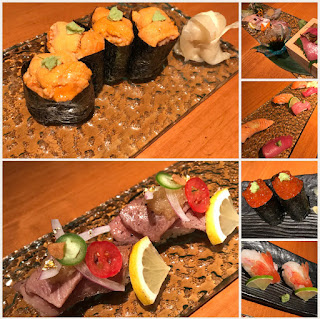 Sushi places in Vancouver is a dime a dozen, I seriously ate more sushi in Van city than in Japan. So in a city of raw fish on rice, it’s hard to find one that stands out, enter Bistro Sakana. I discovered this restaurant during Dine out Vancouver, a winter gimmick that encourages people to take out their jackets and brave the cold and snow to try out prix fixe menu offered by restaurants so that the industry won’t die out during this season. 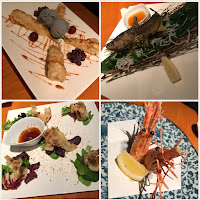 Their dine out feast was definitely worth getting hypothermia for but unfortunately it’s a one time seasonal fare that you won’t be able to order on their regular menu so I didn’t bother to come back after that. One summer evening however, while waiting for the Minami dinner reservation and after sampling the much hyped liquid nitrogen ice cream from Mister, I passed by Bistro to see if there’s anything new in their menu, and guess what, they have a daily changing special menu for fish straight from Japan, the bafun uni stood out which I never really tried outside of Sushi Bar Maumi and Masayoshi so it was a welcome sight to know that there’s another place where this can be had, Toshi was supposedly offering it too but it wasn’t available when I went there, and that’s another overhyped restaurant altogether but that’s another story. 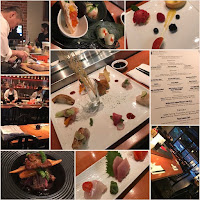 So on to Bistro and its limited special menu, I ordered the uni, wagyu, salmon and tuna trio, and a few others, all of them were definitely exceptional that the Minami dinner had to be cancelled. The sake flight was also an interesting way to get acquainted with different types of gradually more potent poison, one after the other. 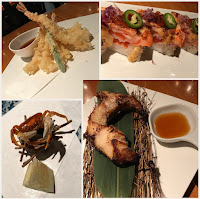 A few days later, hankering for another uni fix, Bistro failed to deliver, apparently it’s not everyday that they have this dish and to prevent further disappointment it’s best to call for availability before heading there, so I got their calling card to be sure. This third visit was not as satisfying as the first two but then again maybe because I’ve already had my fill of dinner at Minami so I wasn’t really hankering for anything else but uni. I ordered ikura and a few others from their regular menu and tried the wagyu again but somehow their wagyu was not as good as the previous one, there were a few chewy parts.. I also tried aburi which paled in comparison to Miku. 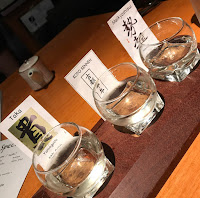 I usually want to make a few visits before giving my final rating and I think I’ve already decided that Bistro will definitely be one of my go to places if I want some special sushi from Japan, I’ll just remember to call them first and check for availability before heading there.
Verdict: 4/5
Author: poeticnook
Filed Under: japanese, sushi, Vancouver
Tags: Canada
Captain’s Boil
Miyazaki