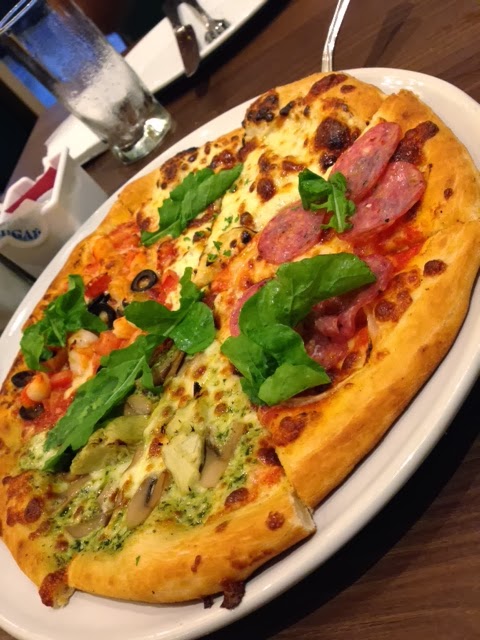 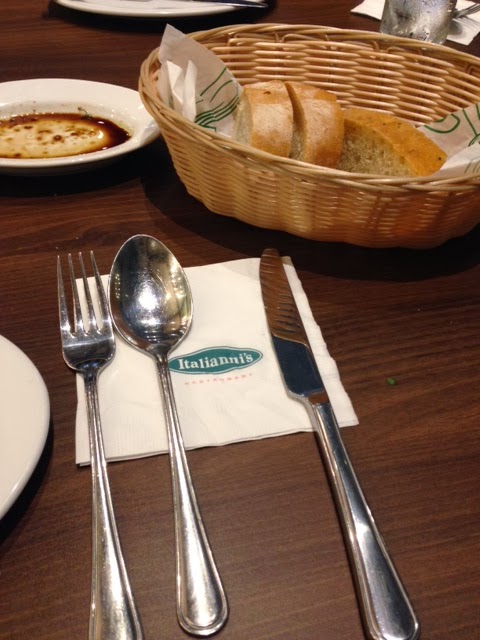 Soon after the arrival of our dearest mother, we came here one night to visit the newest branch of Italliani’s at Ayala Center Cebu. Of course, I had class during that time so by the time I got there my mom and sis were already there.

As customary in every Italliani’s branch, we were given a fresh basket of bread to be paired with a mixture of balsamic vinegar and olive oil as well as a few minutes to review the menu before we were attended to by someone from the staff. We ordered a pan of Quatro Staggiani (four seasons pizza: cheese, tomato, ham and vegetable) and a Country Combo platter comprised of a heap of smoked salmon spaghetti, roasted chicken, and roast pork (the package was supposed to be roast beef, but they ran out of beef, so we were asked if we’d like to opt for pork instead.) Before she left to relay our order, we were given another basket of fresh bread to pair with the dressing from earlier.

From what I read online and heard from people, Italliani’s is known for its fresh food, their pasta and pizza, and last but not least, their steaks. 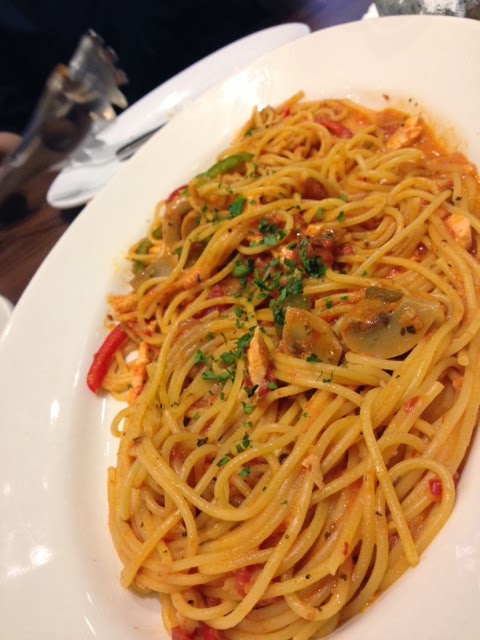 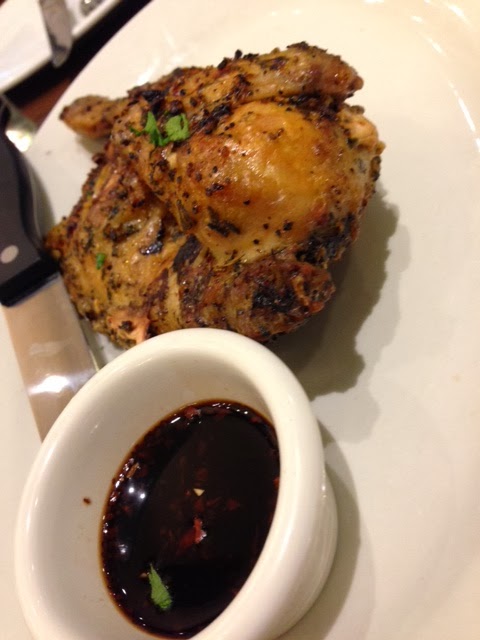 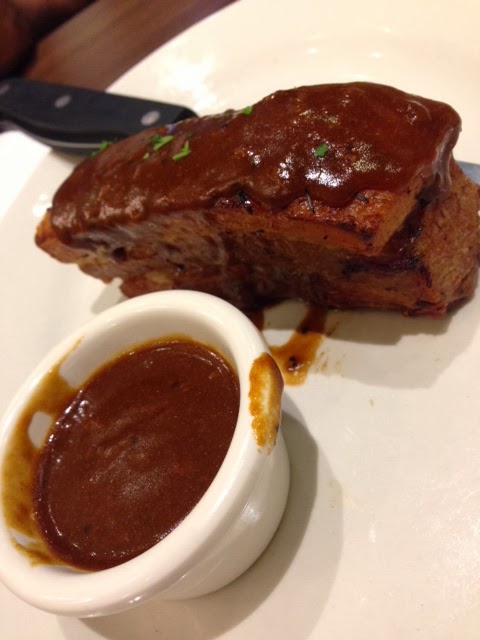 The four seasons pizza was delicious. Everything was freshly baked and the dough was no exception. The toppings didn’t feel awkward unlike some haphazard pizza recipe out there. The smoked salmon could have been done better, though. The salmon was overcooked and became flaky as soon as we started dividing it among ourselves. The roasted fowl could have been done better too, something about makes me wish it could have done better. A little dry, maybe? Finally, the roast pork had its sauce interchanged with the chicken, who had its gravy placed beside the pork.

Quite pricey. Service could still be improved. Food can be done better.