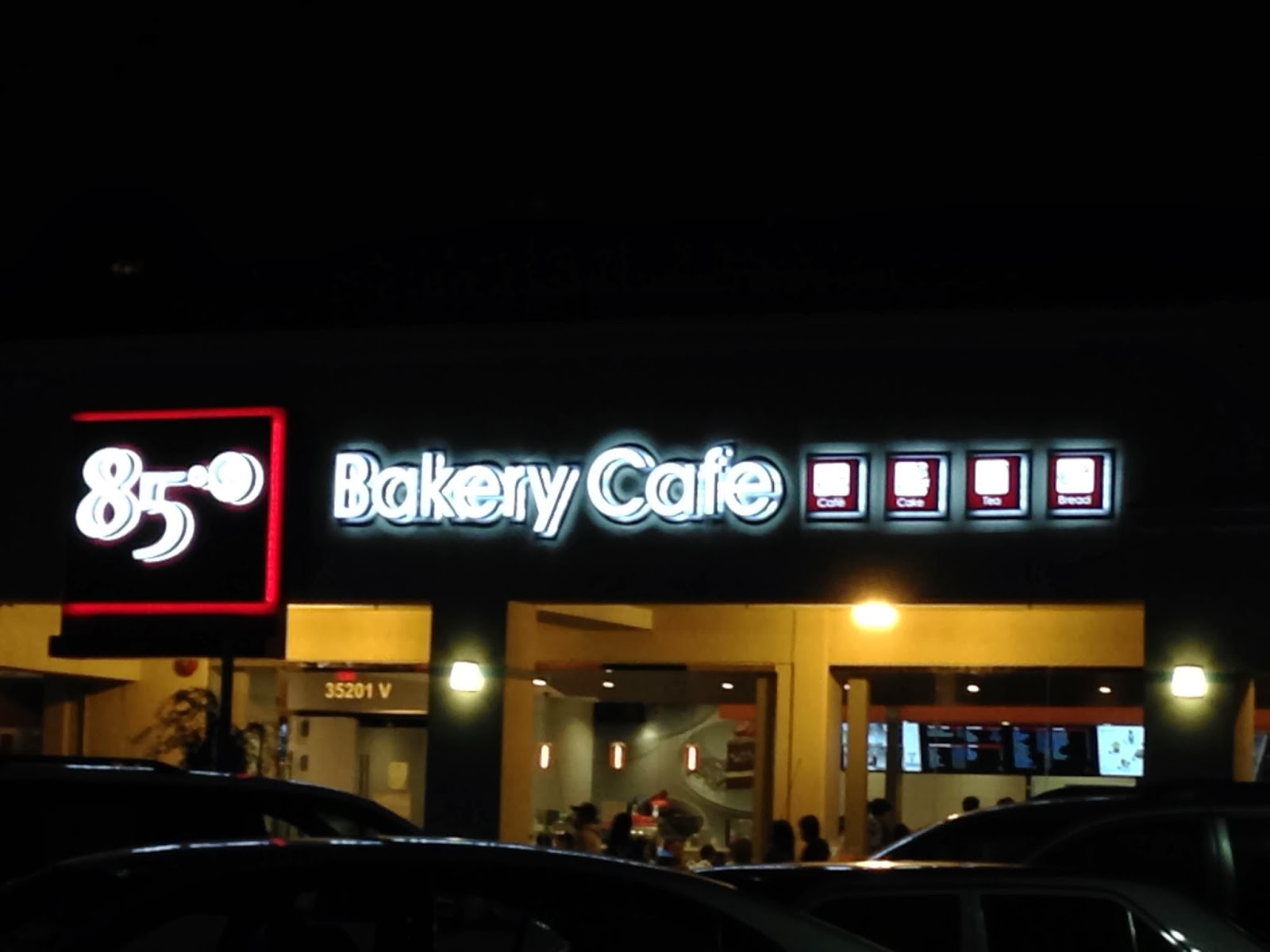 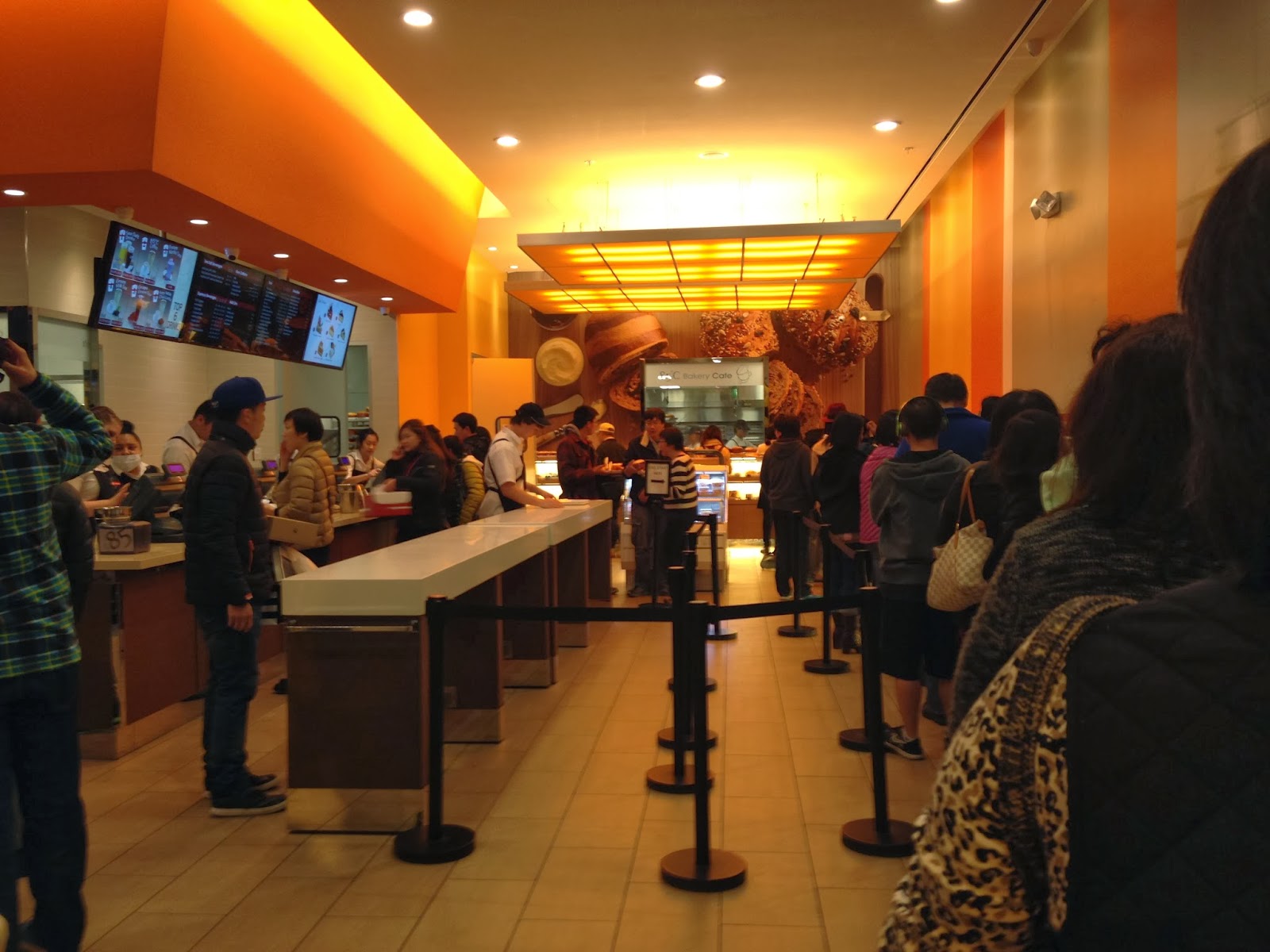 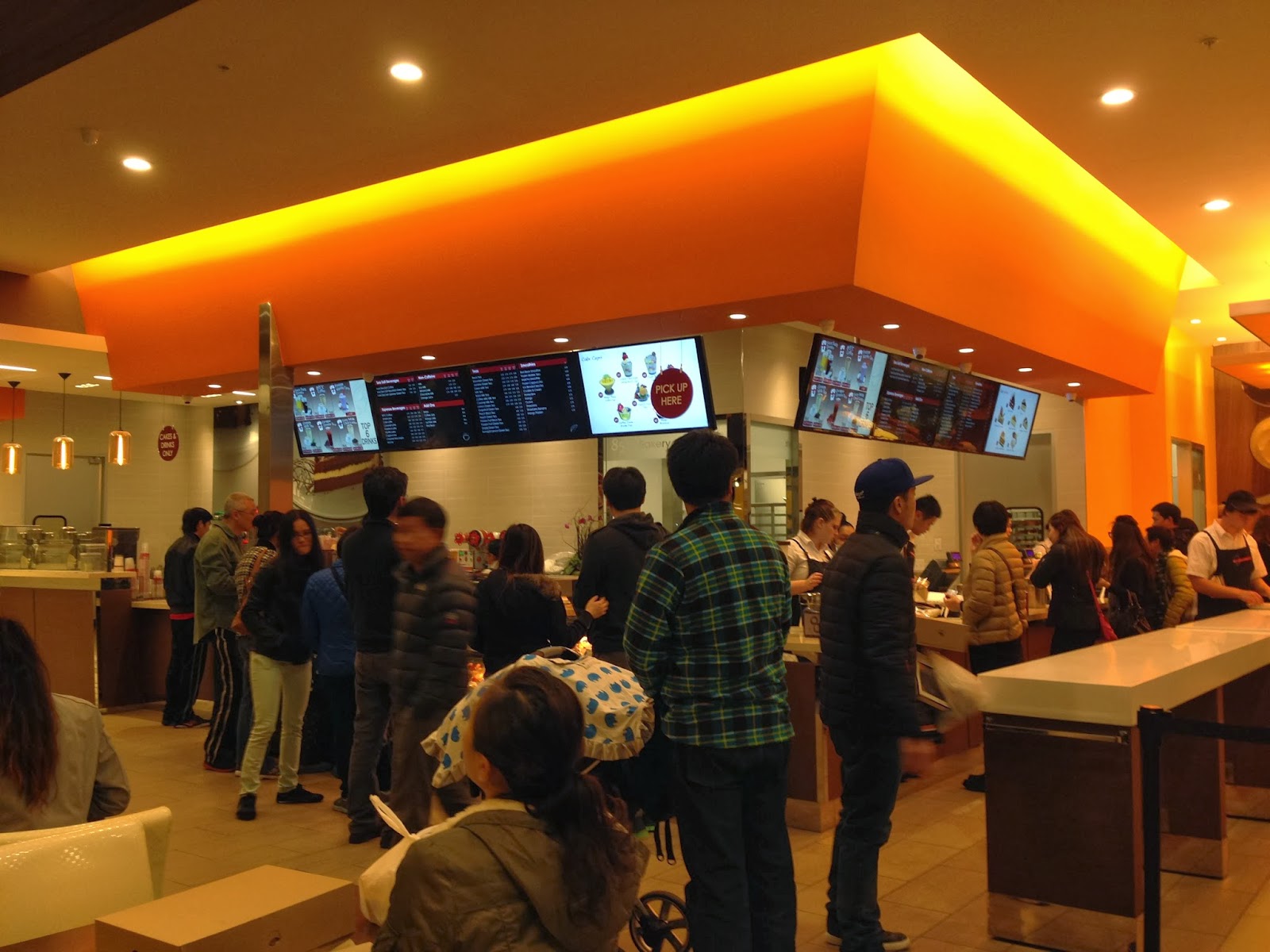 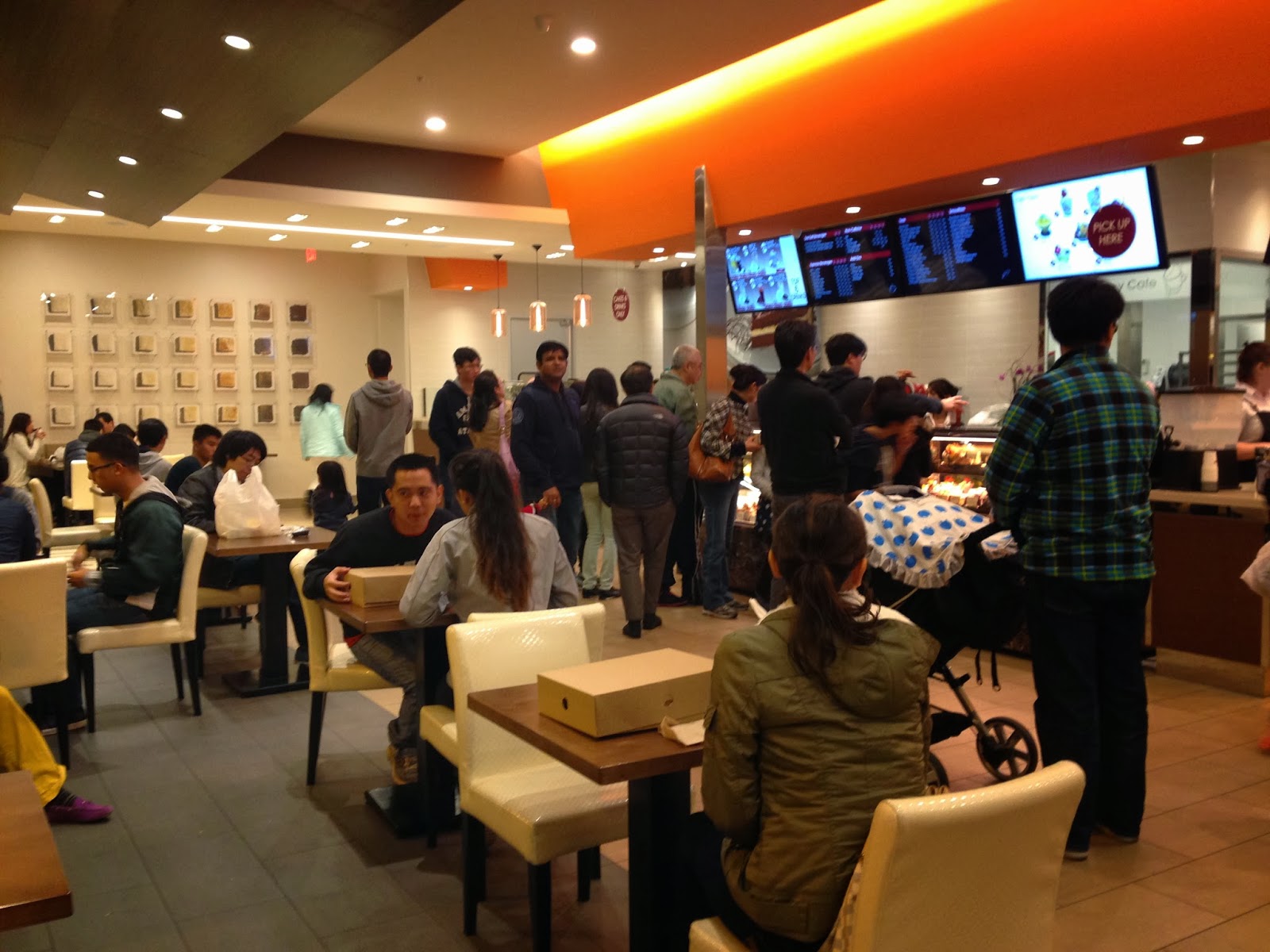 85°C first caught my eye when i saw someone carrying this bakery’s box in SJC airport. something about picking a food as gift to friends/family from another state gives me the impression that food from this bakery must be good. after doing further research, i learned that this is a highly recommended bakery. i was supposed to get some macarons from chantal guillon but didn’t make it before their closing time. since this bakery is less than fifteen minutes drive from palo alto, i ventured out to newark to try this bakery. i’ve been told that there is always a long queue to this place and it wasn’t an exception when i went. it took around ten minutes before i got my turn to pick the bread that interests me. there were a lot of choices that did not only look yummy but also looked fresh. every five minutes, you’d see someone refill the counters. since i was thinking of getting bread which i think would last without refrigerating for 24 hours, i got the giant brioche, cheese bread, cheese dog, calamari stick, and chocolate sponge. there were a lot of other bread there that were calling me but they’ll just have to wait for next time. when i was in the cashier, i was told that the chocolate sponge needs to be refrigerated so i had to return them. i found a seat and started on the cheese dog. it wasn’t spectacular. i tried next the calamari stick which is a bun of bread with black squid ink on it’s dough. i liked it but unadventurous people towards food wouldn’t. it had an after taste of the black squid ink. the cheese bread had a cream cheese filling on it. it would pair well with coffee or tea but since i had it with water, it was too sweet and satiating for me. the giant brioche was just fine so all-in-all, my experience was a disappointment as compared to the hype that i got from stories and research. it’s possible that i picked the wrong items. this bakery reminds me of bread talk but i enjoyed bread talk’s bread better. 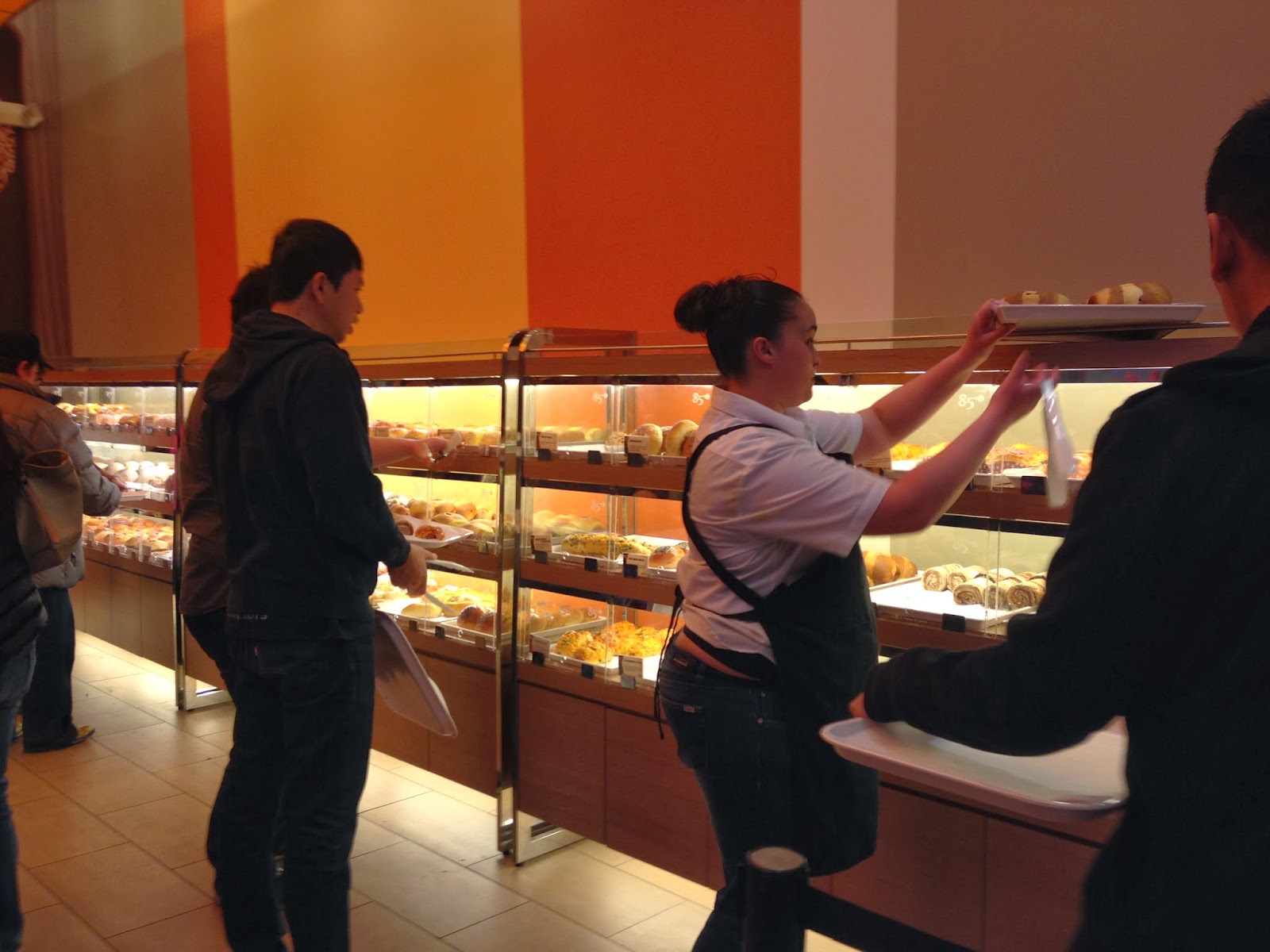 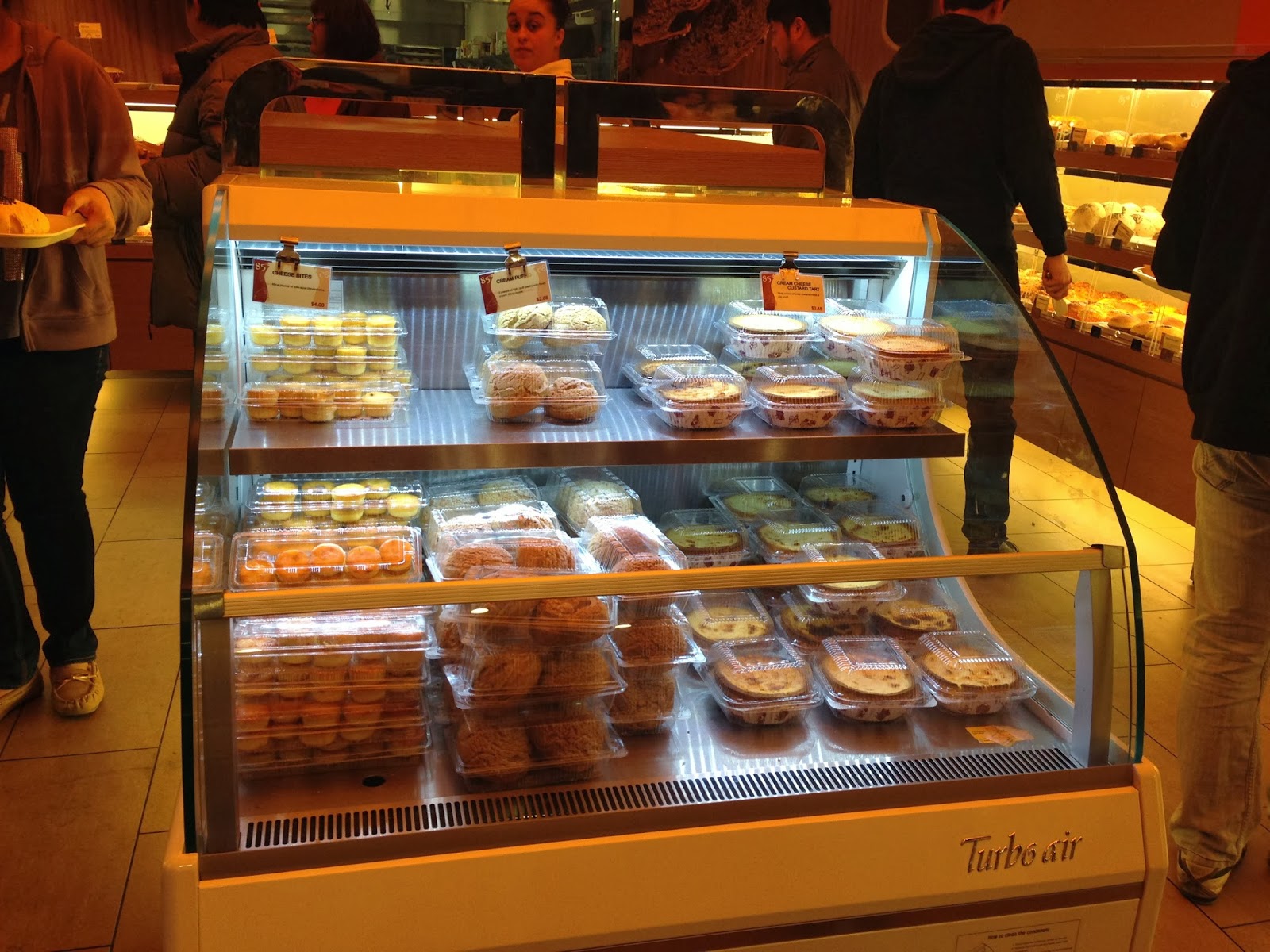 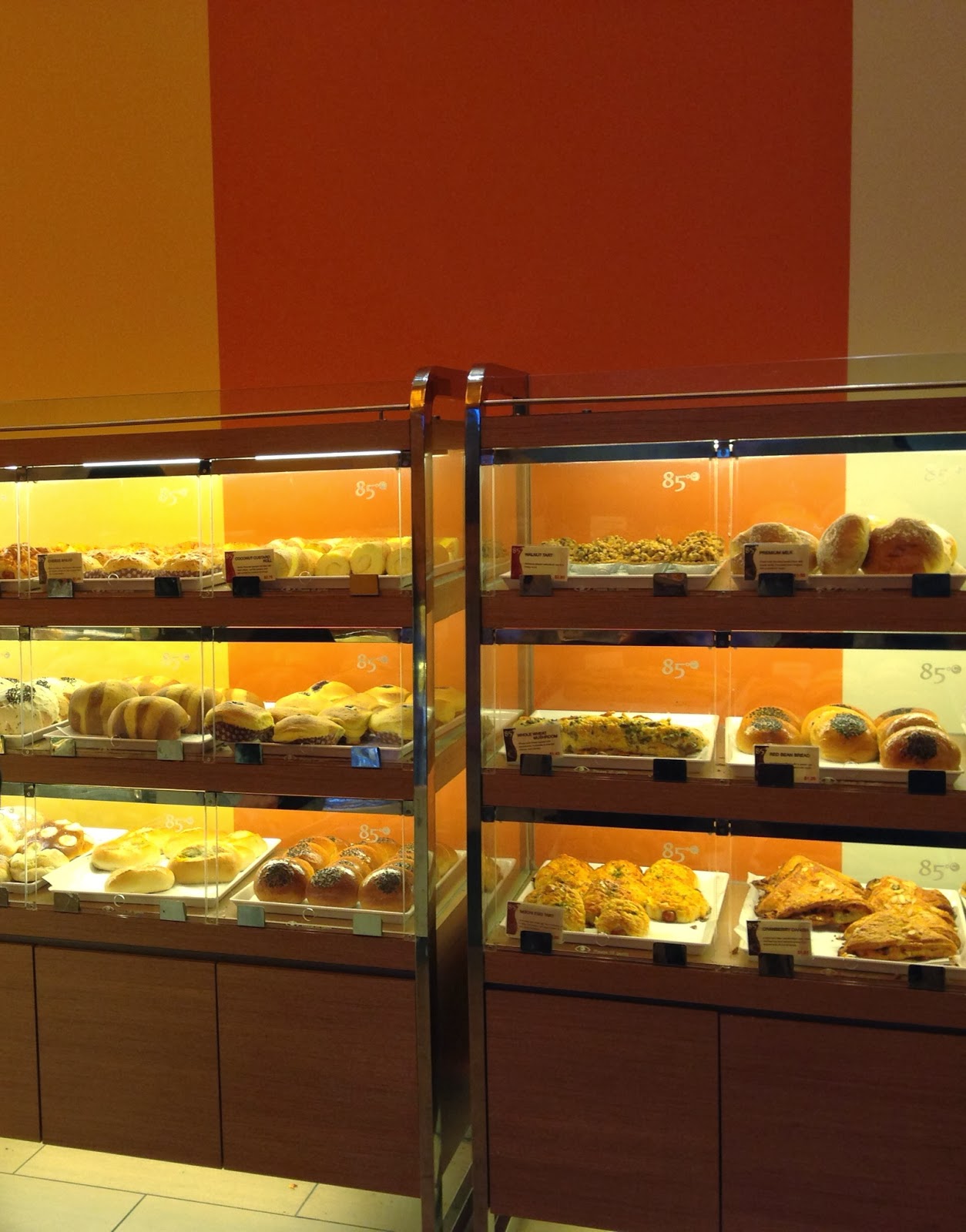 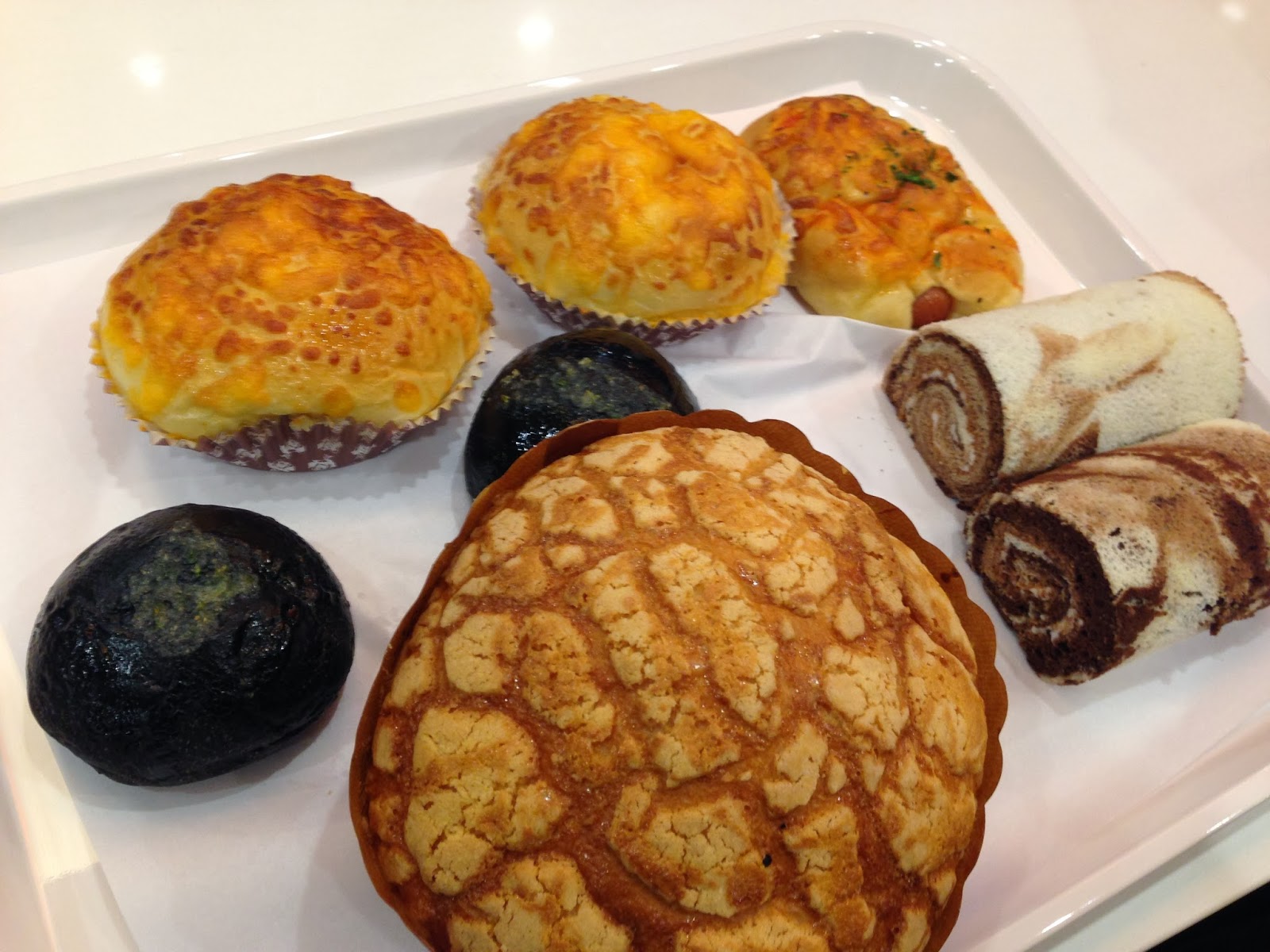 Verdict: 2.5/5 (the items i picked were not extra-ordinary but i am still curious about the hype of this bakery and i’m still planning on trying out their other items.)