A few days after the grand opening of Rustan’s supermarket, we visited cafe sarree to check what they had to offer in their menu.

It was an entirely new restaurant right outside the payment area of our favorite grocery. 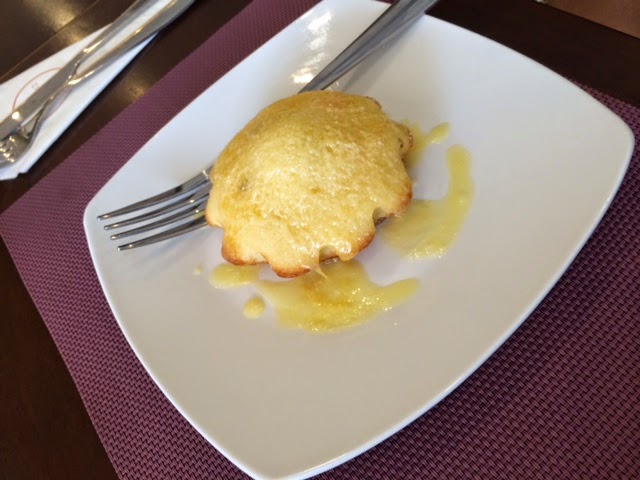 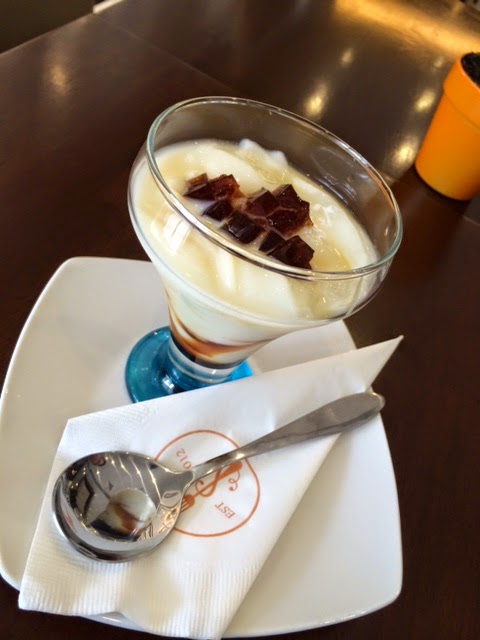 It was a pleasant place, with spacious room for each table and a great view of the outdoors.

We were seated right at the corner most side of the establishment that has the closest view to the landscaped garden. 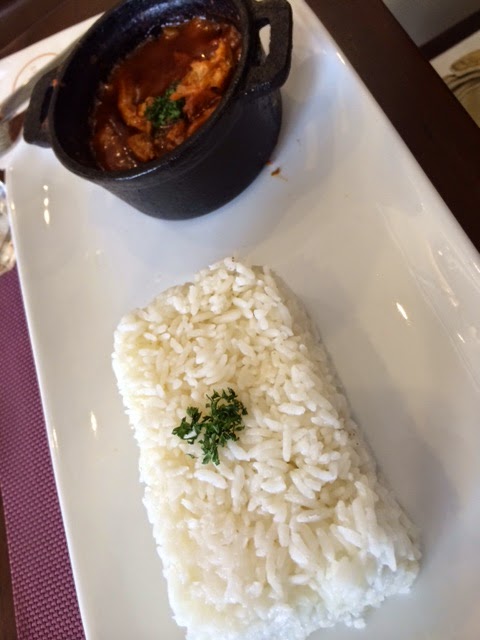 There were a lot of people for an eatery on its soft opening. I was even surprised, that they have an already complete menu.

For starters, we had gambas as our appetizer, which was generously cooked in olive oil and fresh bell peppers. There was a tangy hint of  spice in it too.

Their callos had a familiar taste of spanish cooking here, but i think they added too many extenders in it.

My sister’s salpicao tasted good, but it was too salty for my taste. Finally, to end the meal, we ordered a cheese torta and a medium sized cup of cold soft taho, both of which are satisfactory in taste. 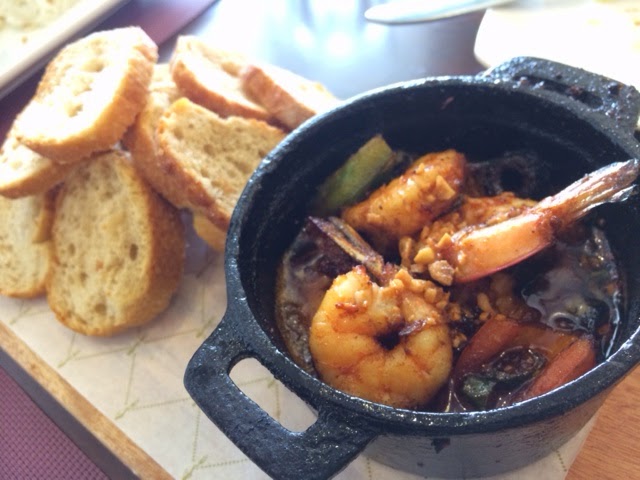 Verdict:
A: 3.5/5
I wish they had the option to get fresh toasted bread instead of rice in their meals,the sauces would fit the crisp taste of it perfectly.